Do you have one?

The other day I got an email from a former group coaching client. It is always such a nice surprise to receive an update from former clients. If you fit into that category, reach out, I would love to hear how you are doing.

This former client is very intentional about her career, she is an active networker and often goes above and beyond. She is smart, has a high EQ and is driven to succeed. One thing we spoke about during our work together is the value of having a sponsor or two, not a mentor, but a sponsor. A sponsor is someone in your organization who will actively advocate for you and say, “What about ‘Jane’ for that role?” while a mentor shares their experiences and often gives you advice. Both are valuable but a sponsor can really help you advance professionally.

My client reached out to say that she took the discussion about sponsors to heart and actively pursued one, who she now meets with monthly. The great news is that my
former client is now being considered for an amazing new role at the company, and stated that her name would probably not have been on the list if she hadn’t pursued
the relationship with her sponsor. Be intentional about your career!

“Don’t wait for someone to tap you on the shoulder. Make your goals known and proactively develop relationships with those that can help get you there either in the form of mentors or sponsors.“ 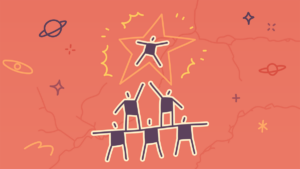 Speaking of sponsors and mentors, this article takes the discussion of sponsors and mentors to a new level by adding mentees, competitors and partners to the list. It mentions that it is especially beneficial to develop these relationships early on in your career, and I agree. That said, we should all have a variety of advocates throughout our careers…it’s never too late.

Having mentees is a gift and reverse mentoring, where you and your mentee mentor each other, is enriching. I have mentored mentees who have mentored me on new technologies and new ways of thinking and doing.

The concept of focusing on competitors and partners to elevate your work is quite interesting too. Read “Five Relationships You Need to build a Successful Career” to learn more.

5 Relationships You Need to Build a Successful Career 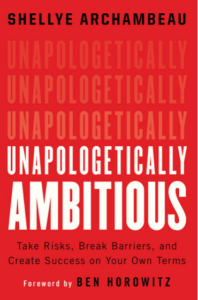 Here are three quick tips from the book: Unapologetically Ambitious, written by former IBM executive and tech CEO SHELLYE ARCHAMBEAU. It is a good read, filled with sage advice from a woman who strategically planned her life so that she could rise to the corner office and have a rich family life as well. Here are her top three tips:

Have a great week,Mary Jo

To learn more about my 1:1 executive, communication or business growth coaching, custom virtual workshops, the Career Transition program or just to connect, you can reach me at info@mjrcac.com