With all the technology, tools and social media available to job candidates, has the job search process really changed? Yes and no.

I’m coaching some MBA students and others who are actively searching for jobs, and it surprises me that the process – with all the technology at our fingertips – is still about networking, relationships and connections.

One of the biggest mistakes that young people make is that they confuse meeting people with building relationships. It is the relationships that you develop along the way that matter most.

“Believe in yourself! Have faith in your abilities! Without a humble but reasonable confidence in your own powers you cannot be successful or happy.“ 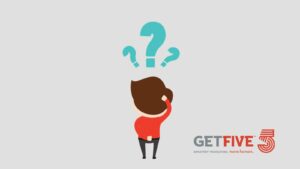 This article talks about nine simple things to help you through your job search. From Do More (tip 1), to Keep Positive People in Your Life (tip 6), the tips are pretty basic and yet quite helpful for those who are in the stressed out as they search for a new job. Expand Your Targets (tip 2) and Switch Up Your Techniques (tip 3) are solid suggestions.

Two things that are not mentioned that I always recommend to job seekers:

Okay, here is another tip. USE TECHNOLOGY! Whether you use JobScan or another resume comparison tool, make sure your resume is bot friendly, or update your LinkedIn Profile (can you please get a proper head shot?), invest the time to use the many tools that are available.

Here’s another tip: if you are looking, take advantage of the free month that LinkedIn offers for their premium service. You will be able to easily learn who is looking at your profile to follow-up with them directly, and connect directly with hiring managers.

Have a great couple of weeks,
Mary Jo

To learn more about my 1:1 executive, communication or business growth coaching, custom virtual workshops, the Career Transition program or just to connect, you can reach me at info@mjrcac.com